The mosaic of architectonical styles in Poznań 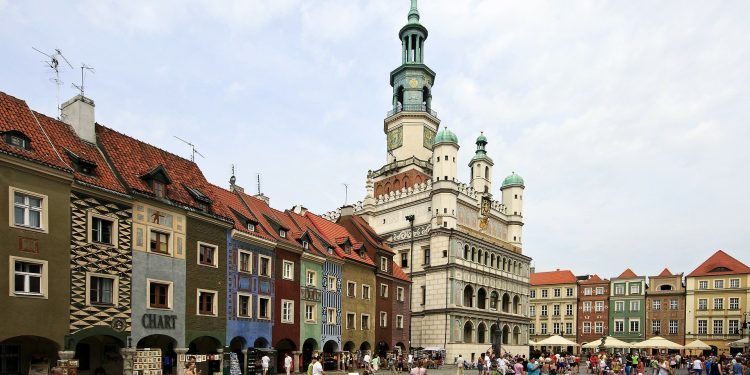 The architecture of the Greater Poland region is more diverse than one may think.

A wide range of different architectonical styles creates a unique and remarkable cityscape.

The oldest building in Ostrów Tumski, an island on the Warta river located in the central part of the city of Poznań, is the Archcathedral Basilica of St. Peter and St. Paul. Dating back to the 10th century, the Basilica is an example of the Romanesque style. Having been renovated multiple times, the Cathedral nowadays is largely Gothic with classicistic elements and is characterized by a simple internal scheme.

An example of the Baroque building, on the other hand, is the Church of St. Anthony Padewski and the monastery of Franciscans in Poznań. Poland, as well as countries strictly connected with Christianity, was heavily influenced by the Roman Baroque. Polish Baroque lasted from the end of the 16th century till the year 1760.

Greater Poland is also full of Renaissance architecture, brought to Poland by King Sigismund I the Old and his Italian spouse Bona Sforza. The most famous example of a Renaissance building is the Poznań Town Hall located at the Poznań Old Town.

It is also worth mentioning the Raczyński Library, which is a neoclassicist building modeled on the Parisian Louvre. It was built in 1828 and it stills functions as a library.

At the beginning of the 20th century, modernism started to play a major role in the history of architecture. A common practice was the use of geometrical figures and cubic blocks. The results of this trend can be seen in the cityscape of Poznań, with buildings like, for instance, Okrąglak, an icon of post-war modernism, built in the year 1954, or a 67-meter-tall skyscraper, Bałtyk.

The diversity of architectonical styles makes Poznań and its environs a vivid and elaborated urban structure that continues to surprise. The region can be analyzed from different perspectives, where the history of architecture helps to understand the complexity of the development of the city and its people.