The tragic history of Fort VII Colomb in Poznań, the first German concentration camp in Poland 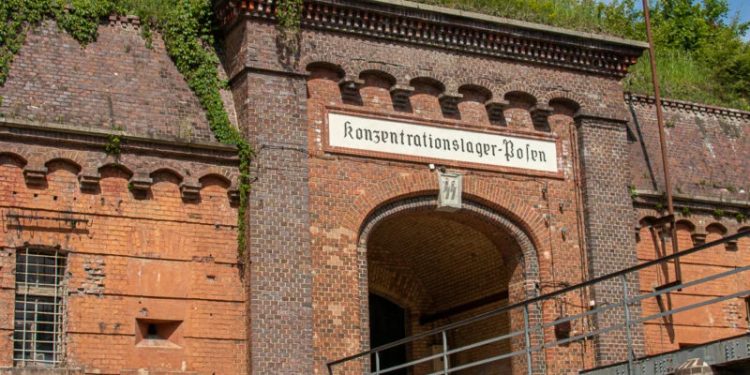 In the 19th century Poznań, having as many as eighteen historic forts, became a sort of a modern Prussian burg. The decision was taken based on location, since Poznań was situated about 60km from the border with the Prussian enemy, Russia. It started with the Winiary Fort, also known as the Citadel, which was the biggest of the forts. However, special attention should be devoted to Fort number 7, which is regarded as the first concentration camp in Poland.

Although the most well-known concentration camp in Poland is Auschwitz-Birkenau in Oświęcim; presumably the first one (built 1876-1880) was Fort VII Colomb. It is situated at Al. Polska. Nowadays, there is the Museum of Martyrdom there, housing over 3 thousand exhibits, such as letters, photographs, documents, rosaries, etc. It is believed to have been a concentration camp because it was called Konzentrationslager – Posen by the Germans. It was established on October 10th, 1939, after the German army entered the city. It was also known as the bloody revenge camp (Lager der Blutrache), having extremely hard conditions and wicked guardians that had been torturing the members of Polish intelligentsia.

Moreover, it was the place where gas was used for the first time in the process of killing masses of people in the years 1939-1944. About 45 thousand inmates, mainly the inhabitants of the present-day Greater Poland voivodship region, have been imprisoned and tortured there, including 20 thousand people who lost their lives.

The fort is one of eighteen other blockhouses that constitute the Poznań Fortress. Its name, Colomb, refers to Friedrich von Colomb, one of the Prussian Generals, but in 1931, it received a patron name after Florian Dąbrowski, the polish officer and a participant in November Uprising and Greater Poland Uprising. During the Second World War, it had a function of the Polish People’s Army warehouse, and in the 60’s the idea of making it available for visitors appeared, resulting in the opening of the Museum in 1979.

Although the object is inextricably connected with the tragic past of the region, it constitutes an important part of the history of Poland as well as Poznań. Such a significant piece of national heritage needs to be remembered and cultivated by future generations. Hopefully, along with other historical objects of Poznań, it is open for visitors. Thus, all the people interested in the topic are more than welcome to take advantage of this unique opportunity.

Poznań – the Prussian fortress of the ...