The importance of reading 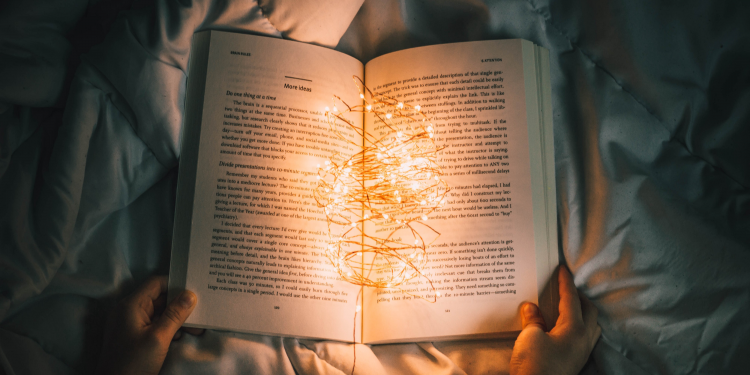 Many of us would love to be more imaginative, to improve memory and become better at dealing with personal relationships, but we often think there is no way to do this. Well, good news: there actually is!

Rita Carter, a famous English science writer, broadcaster and journalist who specialises in the way the human brain works, stated that reading is the key.

Two years ago, in 2018, she gave a speech for TED in which she explained the reasons why people should read more. She did not talk of business writing, essays or schoolbooks in particular, she spoke in favour of fiction. Reading fiction is very useful, and evidence of this information has been found in the study of David Kidd and Emanuele Castano, the two psychologists from New York who in 2013 engaged in a series of experiments to prove it.

Kidd and Castano asked a sample of people to read passages from books (a part of the group was presented with non-fiction books, another with thrillers or books with plots but never regarding the characters’ thoughts, and the last one with passages from the characters’ perspectives). The next step was showing them photographs of facial expressions which they were asked to explain, to describe what could have been going on in people’s heads. The ones who proved better at this were those who had read the passages regarding other people’s thoughts and feelings. This, in fact, required the intuitive ability, which is what allows us to step outside ourselves and see the world from another point of view for a moment. This same faculty can open up new worlds in front of us, and the people who do not have it find it difficult to put themselves in other people’s shoes, or to be imaginative.

When we read, we see symbols that our brain has to work hard to create connections with. Thus, it has to exercise a lot. When we read of people running for their lives or being frightened, our brain triggers the same bits it would activate if we were living a situation as such. It is not that intense, but we still experience it. The same happens with painful situations: if we read of something painful, we feel some kind of pain too. Some researchers from Emory University (Atlanta) tried to see what happened inside our brain when we read. In order to do this, they asked students to read 30 pages from Robert Harris’ Pompeii for five nights in a row. They then scanned their brains every day, before reading and the morning afterwards. The brains immediately started to show differences: the connections grew thicker, as the students’ brains were exercising a lot and “living experiences”.

All this evidence should bring you to one conclusion: read as much as you can! It only has benefits: it helps our brain exercise, it makes us live experiences through others, and it could make our society a better place, as reading boosts our ability to empathise with people.

Il Caffè “Made in Italy”.